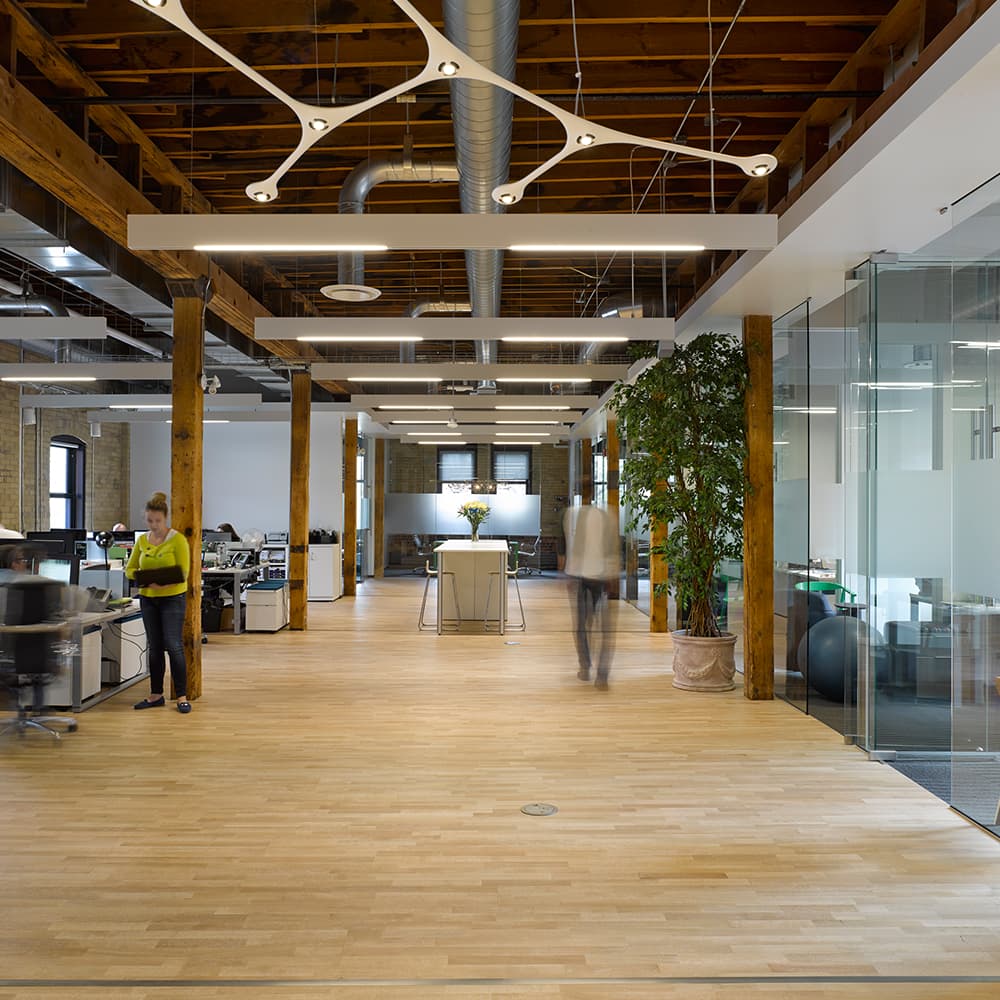 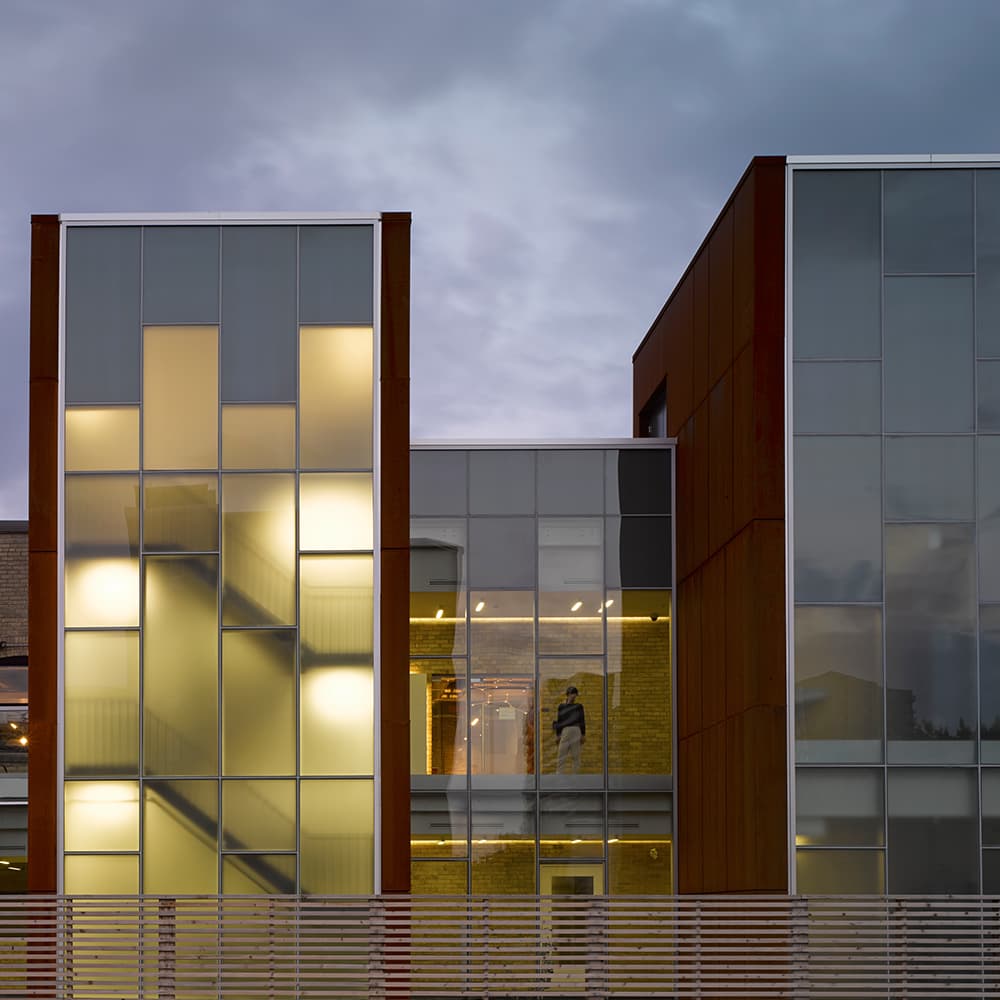 EVERYTHING OLD IS NEW (AND AWARD-WINNING) AGAIN. Originally constructed in 1898 and designated a heritage building by the City of Toronto, 60 Atlantic was sold to Hullmark Developments, who were looking to change the function and nature of the entire site. Quadrangle Architects created a re-design which began by pairing the building down to its basic elements, but they needed a dependable contractor to deliver a quality building on time and on budget.  Enter the First Gulf construction team, who performed third-party construction services to Hullmark Developments for this extensive adaptive re-use project.

In order to create 27,500 sf of office space and 12,500 sf of retail space, First Gulf performed extensive renovations to the formerly industrial structure. A glass-clad addition, sectioned by corten steel fins, was added to the north side of the building to further free the interior spaces and highlight the beauty of the original structure. Maintaining the existing masonry walls was a significant undertaking for the First Gulf team, requiring a significant amount of careful wheeling and pinning of the walls.  The careful work and coordination of the First Gulf construction team ensured that Hullmark’s vision for this adaptive re-use project was realized. Located at the commercial centre of Toronto’s Liberty Village neighbourhood, our team also implemented careful strategies to mitigate the impact of construction on nearby residential and commercial uses.

Thanks to the careful collaboration of the entire team, 60 Atlantic received a Toronto Urban Design Award and an AJ Retrofit Award in October 2015. First Gulf was proud to play a part as the builder for this unique mixed-use project.